What a year it's been!

Just about a year ago I started making jewelry as a hobby. Something to keep me occupied being "homebound" with my stupid (yes I call it stupid!) disability.  Not long after that, friends and family started to ask if they could buy the pieces I created. At first I sold to them for prices that were very low. I didn't charge for my "creative time". And you know what, that's ok. While not a good business practice, I never intended to sell my jewelry anyway.  Once I made the conscious choice to sell, I reevaluated my pricing and adjusted accordingly. At first I was only selling through Facebook and local craft fairs. I soon realized that craft fairs were not the right venue for my jewelry.

In April of 2014 I opened my Etsy shop. At first I didn't "try" at it, only uploading an item or two as I was still focusing on Facebook sales as a viable means and I also tried Storenvy for a while.  Nothing seemed to work "right" for me, so in June I decided to make Etsy a real "go of it".  I took photos, uploaded my items and shared my store.  While I would get a sale here or there, it certainly was nothing to write home about.  After joining various groups on Facebook dedicated to Etsy sellers, I met a wonderful woman named Dusti (I'll give you the link to her Etsy shop at the end here!). I traded with her, she got one of my gorgeous sterling silver amethyst necklaces and I got something worth far more, SEO help for my listings. It took a few days for me to implement her suggestions, but within minutes I received my first Etsy "stranger sale". Someone I didn't know personally or through Facebook. I was so excited!

Since I began to take my shop seriously in October of 2014, things have taken off. I reached over 100 sales in my shop in December of 2014, along with more sales than all of the months prior combined. So far this year I've only had 4 days without sales!

I've shared my year with you. I look forward to many new things to come in 2015 and you can be sure I'll share them all with you here.  In April when I have my official "Etsy" anniversary I'm going to plan something big, so stay tuned.

As promised, here's a link to Dusti's Shop - Props4Play
Until next time... 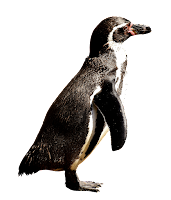 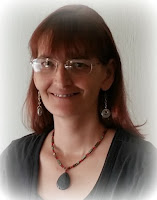